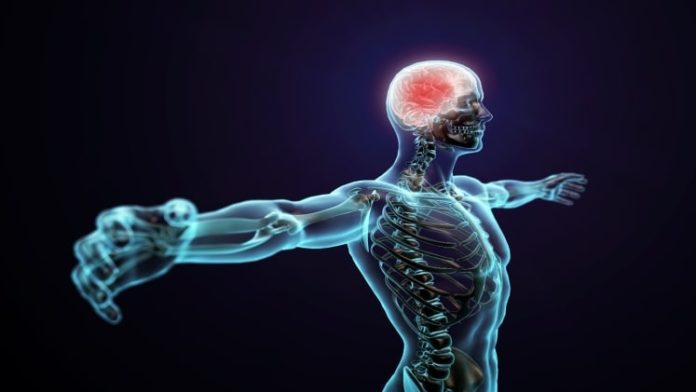 The nervous system is made up of a group of cells that coordinate the action and sensory information to and from all the body parts. All the nerves in our body constitute the nervous system.

We live in an ever-changing environment, and all living organisms are capable of detecting changes in temperature, light, sound, motion and odour. The nervous system is a specialised system that conducts electrical impulses from the site of production to the site of reaction. This elicits either an external or internal response in the body of the organism, which is important for the organism to survive.

Neurons are functional units of the nervous system. They are electrically excitable cells that interact with other cells at junctions called synapses. A neuron consists of a cell body (also called soma), dendrites and a single axon. The soma is a small structure from which the axon and dendrites emerge. The dendrites are branched profusely and extend up to 100 micrometres from the cell body. The axon emerges from a swelling called axon hillock and extends upto 1 metre from the soma. At the farthest tip of the axon are axon terminals from where the signals are synapse onto other cells.

Glial cells, also called glia, are non-neuronal cells found in the nervous system that provide support and nutrition, maintain homeostasis, form myelin around the axon and also help in signal transmission across the neurons. They are abundantly found in the brain, almost in the same proportion as neurons.

They produce a layer of a fatty substance called myelin around the axon of the neurons that gives electrical insulation to the structure. This helps in rapid transmission across the neurons.

Parts of the Nervous System

The central nervous system includes the nerves in the brain and spinal cord. The brain is divided into three main regions – forebrain, midbrain and hindbrain. The forebrain consists of cerebral hemispheres, thalamus and hypothalamus. The cerebrum makes up to two-third parts of the brain. The cerebrum function is to control all voluntary movements, such as vision, speech and other higher intellectual functions. The spinal cord extends from the base of the brain, which is composed of a bunch of nerve fibres and mediates signal transmission.

All the other nerves of the body except the brain and spinal cord are part of the peripheral nervous system.

8 Types of Schools for Autistic Kids

7 Steps to Prepare for a Safe and Enjoyable Adventure