What Self-esteem Depends on: 5 Factors 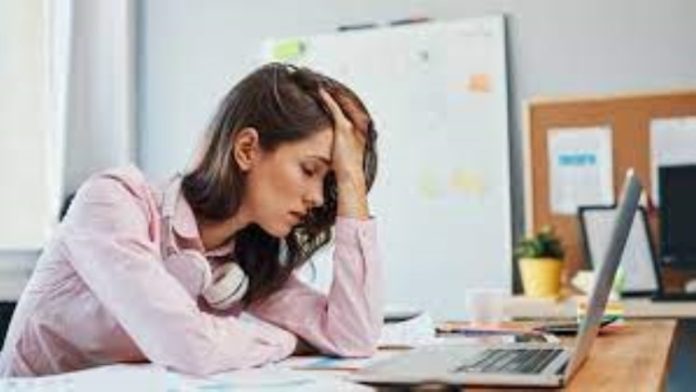 Self-esteem problems are one reason why a person can tolerate broken promises, neglect and abuse – and remain in unsuccessful or even outright abusive relationships. To end them, you need to feel that you are worthy of love and respect. But a person with unhealthy self-esteem doesn’t have that feeling – and allows himself to be mistreated.

The same goes for work and other activities that bring you profit, like playing at a 20Bet betting casino or filming vlogs. An insecure person doesn’t feel he or she deserves a high salary. That’s probably why researchers find: people with low self-esteem often earn less.

Self-esteem affects mental health. It helps withstand stress and not lose faith in yourself, despite setbacks and criticism. A low one, on the contrary, prevents all this. And besides, it makes a person more vulnerable to depression.

But self-esteem doesn’t exist separately from a person’s experience – what has happened to him before and is happening now. We have studied the scientific research on the subject and selected the most significant factors that affect self-confidence.

Most psychologists believe that childhood shapes self-esteem. In childhood, the psyche is malleable and soaks up everything that happens like a sponge.

Faced with a kind and supportive attitude of others, first of all parents, the child forms a positive image of himself/herself. He is loved and respected – and he considers himself worthy of love and respect. He makes mistakes – and they don’t stop loving him.

Such a child grows into an adult who evaluates his or her skills adequately, but believes in himself or herself and doesn’t give up if something fails. Unfair treatment surprises and outrages him, and doesn’t seem deserved.

And vice versa. For example, a child who was constantly criticized by his parents turns into an adult prone to self-criticism, as scientists have found out.

Those who experienced violence within the family as children are even less sure of themselves. Psychologists have calculated: their self-esteem is four times lower than that of those who grew up in loving families. And there are many more of these people than meets the eye. According to American data, one in five children experiences domestic violence.

The perception of themselves changes with age and tends to become more positive – this is the conclusion American scientists have analyzed more than 330 studies, the participants of which were people from 4 to 94 years old.

Imagine that a four-year-old’s self-esteem is a conditional zero. That’s what the American researchers did, taking the perceptions of the youngest survey participants as their starting point. According to their calculations, by the age of eleven, that zero turns into 0.34 – self-esteem grows. It stays roughly that way until the age of fifteen, and then, as a rule, it continues to grow.

Scientists have offered the following explanation for this pattern: the older a person gets, the more social roles he or she has. If at eighteen he is only someone’s child and classmate, then at thirty he is also a parent, employee, professional, knitting enthusiast, and so on. In each of these roles, it’s possible to achieve success. And achievements are self-esteem boosters.

A person acquires new social roles before adulthood. That is why self-esteem peaks at the age of sixty. The next decade the perception of self is stable – a person stays with the same roles and successes as before.

But after seventy it changes for the worse. Partly because of the limitations associated with health. Partly – because of the attitude towards oneself as a person who has already revealed his potential and is summing up the path he has traveled.

Physical attractiveness is the most important factor of self-confidence. But judgments about appearance are very subjective. When a particular feature of one’s appearance becomes fashionable – a chiseled chin or voluminous hips, for example – the self-esteem of those who possess these features rises dramatically. Even if until now they have been very reticent about judging themselves.

Jane Elliott showed this in a rather risky experiment in 1968. She divided her class into two groups – brown-eyed and blue-eyed – and told the children that higher levels of melanin, which colors their eyes brown, made them smarter. The students believed her, and their behavior changed dramatically.

Within just a couple of days, the teacher noticed how the self-esteem of the brown-eyed kids increased: several people who had previously been quiet turned into class leaders. The blue-eyed children, on the contrary, had a worsened attitude toward themselves: many of them became indecisive and did not cope well with their schoolwork.

When Jane Elliott announced to the students that she had deliberately misled them in order to demonstrate the dangers of racial discrimination, their self-esteem returned to its previous level.

Sometimes a change in appearance affects self-esteem. For example, correcting dental defects often increases it. And in Brazil, women’s self-esteem was measured three months after plastic surgery. As a rule, it went up. But, of course, only if the surgery was successful.

Compliments also have a good influence on self-esteem – even if they are comments under a photo in the social network.

Self-esteem increases when people around a person are valued, and decreases when they are rejected.

Researchers used fMRI to find out how brain activity changes when people learn what others think of them. To do this, 40 volunteers were asked to create a new social media profile, telling them that this page would be shown to 184 strangers and asking them to rate the page owner. But before that, the researchers showed photos of these strangers to the volunteers and asked them to guess how they would rate a particular person.

When expectations of liking the evaluator were not met, the brain activity of volunteers with low self-esteem, high anxiety, and depression especially changed. For example, the anterior part of the islet lobe, which is responsible for the perception of pain, was activated. In people who are confident of themselves, such processes were not observed during criticism – their brains work differently.

Nevertheless, praise boosted the self-esteem of both those who were not confident and those who were. Praise is the most important incentive. When people get confirmation that they are appreciated, loved and respected, they are more enthusiastic about doing a particular job, succeed as a result, and are reinforced again by the approval of others. It works like a snowball effect.

The Cost of Things

Some people buy expensive things from famous brands, when they do not differ in quality from their budget counterparts. And it’s not surprising: their high cost has a strong impact on self-esteem.

In fact, there weren’t five wines, but three. The $5 and $45 price tags hid the same wine. And the $90 wine was the same as the $10 wine. But to the unsuspecting participants, the more expensive wines tasted better. At the same time, the frontal lobe striatum was activated in their brains.

And this is no coincidence. The striated body is not only sensitive to rewards like good food, money, and expensive wine. It is also an indicator of how one perceives one’s social status.

Expensive wine, like any other luxury item, raises one’s status-or at least that’s how the owners of “status” items feel. And the higher the status, the higher the self-esteem. That is why people buy expensive things, even when they are not worth it.